Java Runtime Environment (JRE) is a software package that contains what is required to run a Java program. It includes a Java Virtual Machine implementation together with an implementation of the Java Class Library. The Oracle Corporation, which owns the Java trademark, distributes a Java Runtime environment with their Java Virtual Machine called HotSpot.

Java Development Kit (JDK) is a superset of a JRE and contains tools for Java programmers, e.g. a javac compiler. The Java Development Kit is provided free of charge either by Oracle Corporation directly, or by the OpenJDK open source project, which is governed by Oracle.

JVM(Java Virtual Machine) acts as a run-time engine to run Java applications. JVM is the one that actually calls the main method present in a java code. JVM is a part of JRE(Java Run Environment).

Java applications are called WORA (Write Once Run Everywhere). This means a programmer can develop Java code on one system and can expect it to run on any other Java enabled system without any adjustment. This is all possible because of JVM.

When we compile a .java file, a .class file(contains byte-code) with the same filename is generated by the Java compiler. This .class file goes into various steps when we run it. These steps together describe the whole JVM. 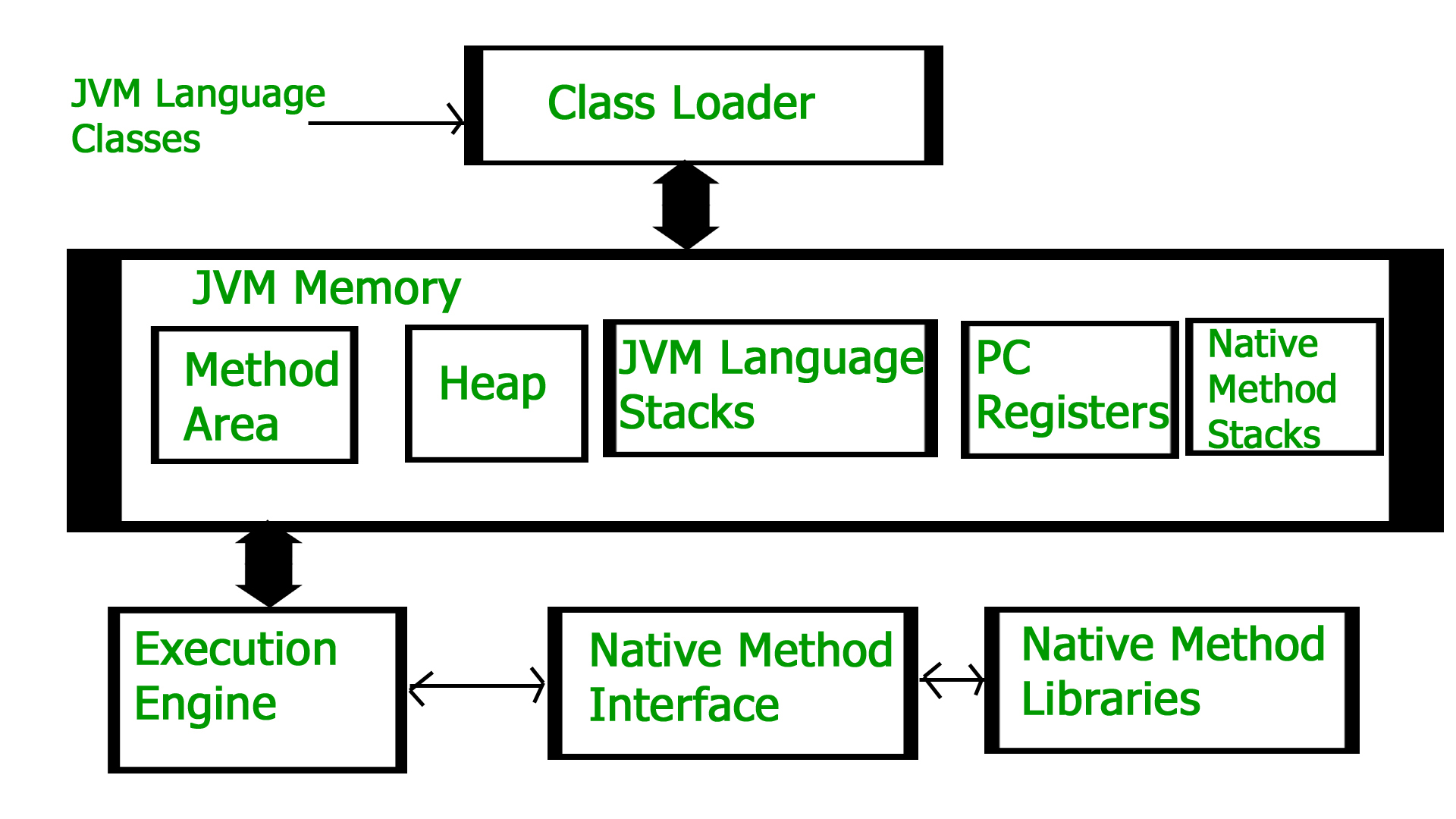 It is mainly responsible for three activities.

After loading .class file, JVM creates an object of type Class to represent this file in the heap memory. Please note that this object is of type Class predefined in java.lang package. This Class object can be used by the programmer for getting class level information like name of class, parent name, methods and variable information etc. To get this object reference we can use getClass() method of Object class.

Note : For every loaded .class file, only one object of Class is created.

Initialization : In this phase, all static variables are assigned with their values defined in the code and static block(if any). This is executed executed from top to bottom in a class and from parent to child in class hierarchy.

In general there are three class loaders : 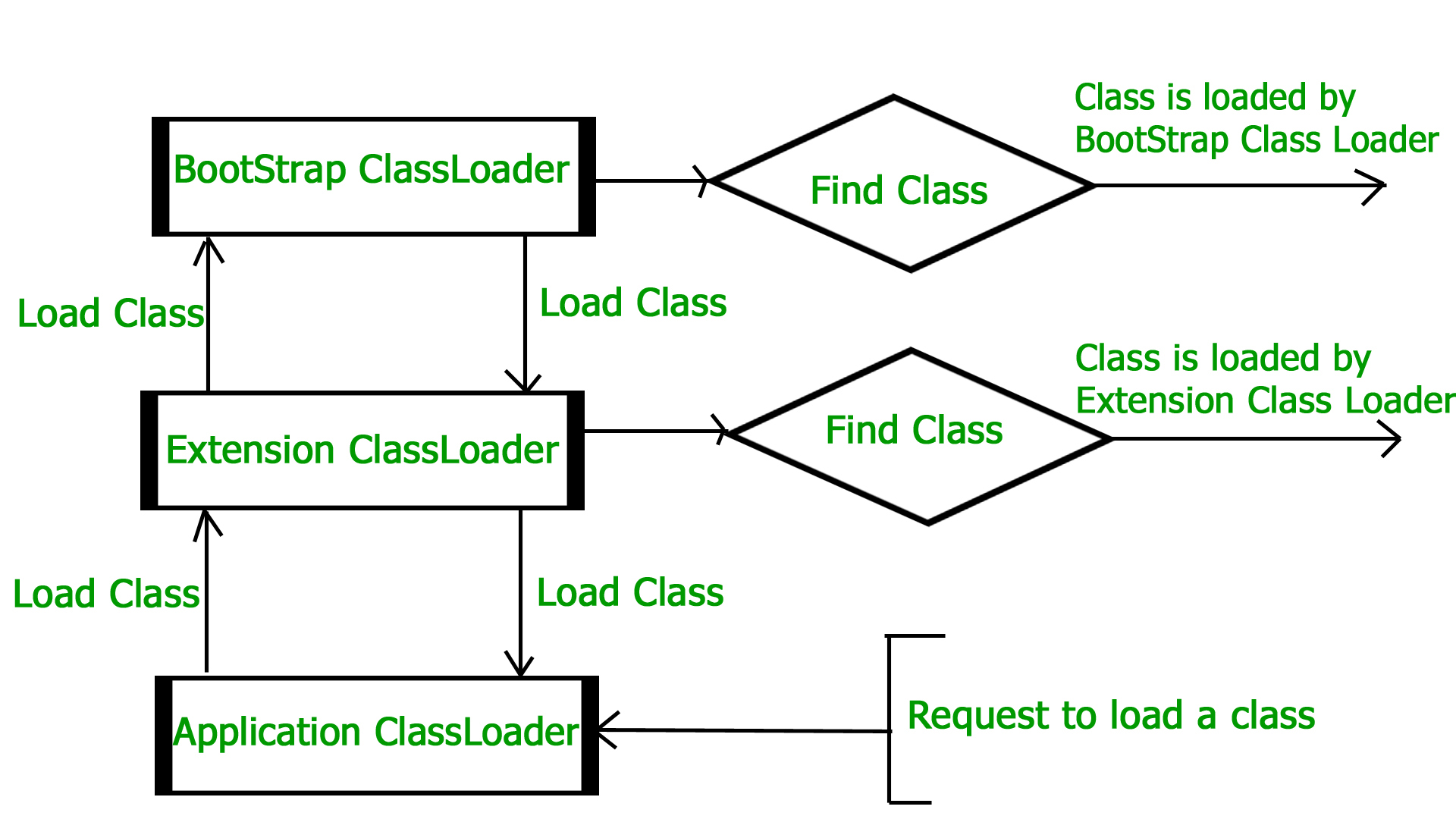 Stack area :For every thread, JVM create one run-time stack which is stored here. Every block of this stack is called activation record/stack frame which store methods calls. All local variables of that method are stored in their corresponding frame. After a thread terminate, it’s run-time stack will be destroyed by JVM. It is not a shared resource. 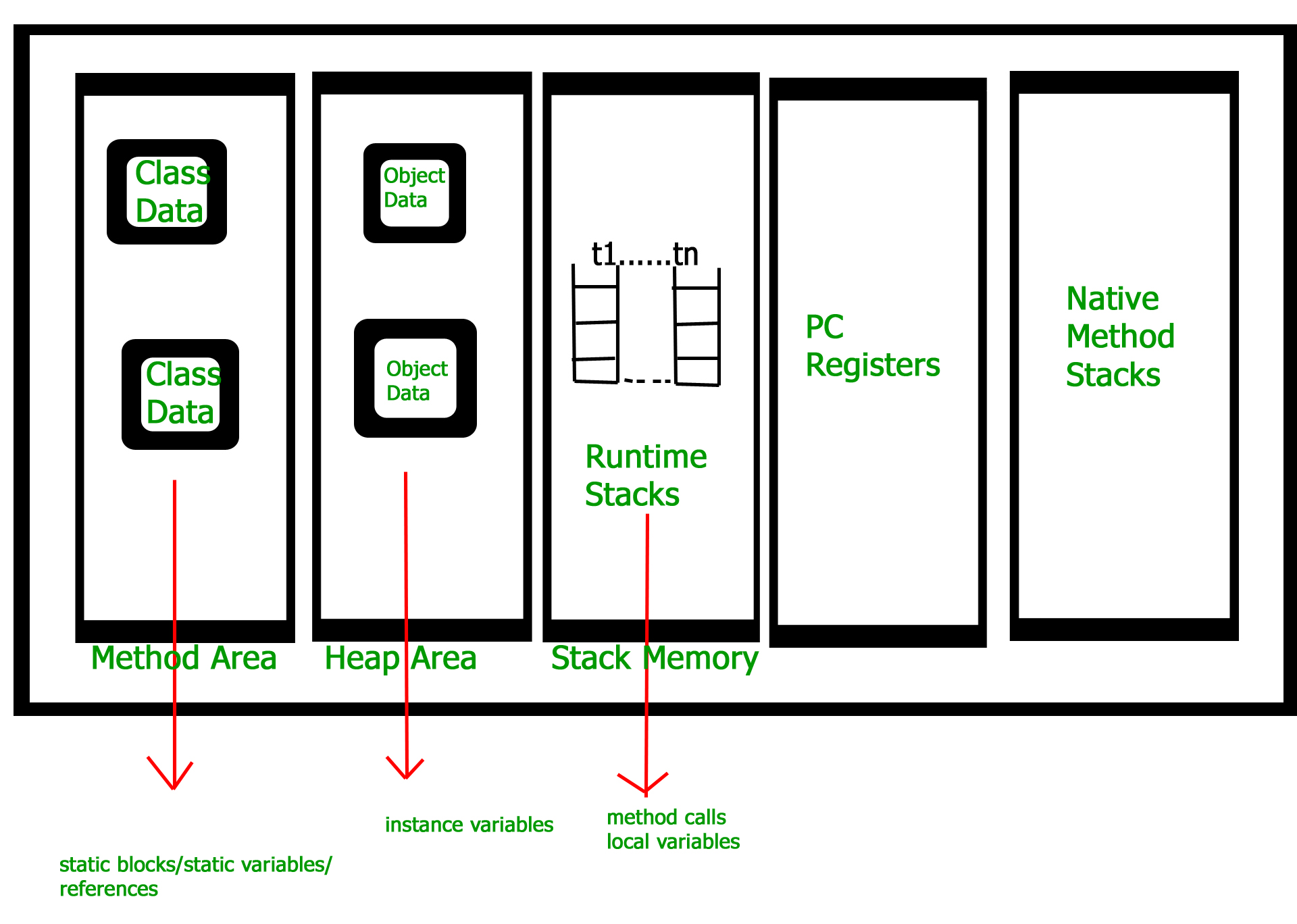 Execution engine execute the .class (bytecode). It reads the byte-code line by line, use data and information present in various memory area and execute instructions. It can be classified in three parts :-

It is a collection of the Native Libraries(C, C++) which are required by the Execution Engine.